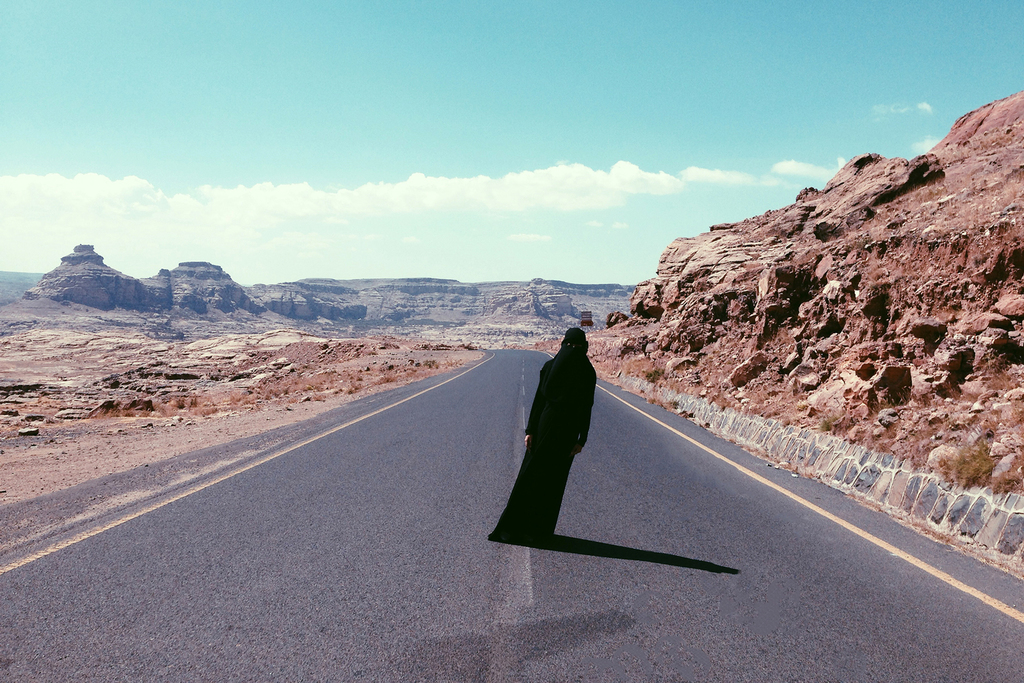 Yemeni-American photographer Yumna Al-Arashi was born in Washington D.C. and currently resides in London. Defying conventional wisdom, her thought-provoking images explore the intersections between feminism, sexuality, human rights, and the Middle East. Saturdays’ own Marisa Lee caught up with her to discuss her work.

marisa lee: Where did you grow up and how did you get into photography?

yumna al-arashi: I grew up in Washington, DC. I just started taking photos of myself and my friends as a young girl. It was a really natural thing for me. I became obsessed quite quickly.

ml: You’re the first out of your Yemeni family to be born and raised in the U.S. Growing up, juggling two completely different cultures your entire life, did you ever feel like you had an identity crisis? If so, how has that affected your work?

ya: Haha, of course. I feel like almost every artist is going through some form of an identity crisis. ESPECIALLY those straddling between The Middle East and America in my lifetime. Since I was a child, my home in Yemen and all the surrounding areas have been such a huge topic in media and news. I think I’d be completely clueless if it didn’t have some sort of impact on my work.

ml: Something really alluring about your images is the dichotomy between exploring sexuality and your Muslim heritage that is conventionally considered conservative. What has the reaction been thus far?

ya: Various reactions, of course. It seems that the only people who get really upset about me bringing a new idea to the table about Muslim and Arab women are American and European men. I think it troubles them to see the stereotypes they’re so comfortable believing being challenged.

ml: What frustrates you the most about current representations of Muslim women and their bodies in photography?

ya: Well, I have a strong disdain for the representation of the Muslim women in news media. She’s rarely ever speaking for herself other than crying over dead bodies or suffering in refugee camps. It is news and a stereotype that sells. We need to be making more art about her, since that seems to be the most effective and honest way to represent her.

ml: One of the things that really draws me to your work is how you are reclaiming the female gaze. What is that to you?

ya: It’s the opposite of the male gaze. It understands women. It is compassionate and understanding and whole encompassing and rational. And beautiful.

ml: What’s next? Are there any subjects you haven’t tapped into yet that you would like to explore?

ya: A handful of new projects to be released in the new year! Really looking forward to being able to share those.■

Yumna Al-Arashi is a photographer based in London. See more of her work here: www.yumnaaa.com
Previous Boots + The Bomb Squad Boys
Back to Top
Next The Photographic Work of Robin Broadbent