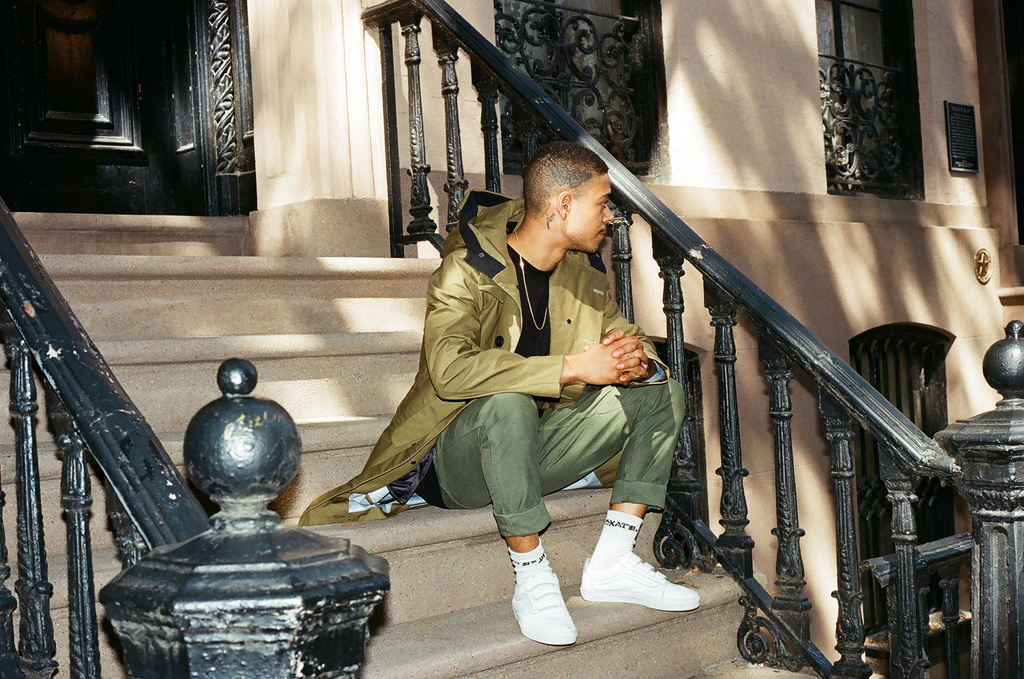 Worn by soldiers, civilians, counter-culture rebels and everyone in between, the fishtail parka is an icon of fashion and function. For our Fall ’17 collection, we introduce a new take on the classic military jacket.

Introduced in 1951 during the Korean War, the M-51 parka was designed to keep soldiers warm from the Korean peninsula’s cold weather and freezing rain. The rugged design featured a removable heavy liner jacket paired with a weather-resistant cotton-nylon outer shell to provide both warmth and protection from the elements. The “fishtail” moniker often associated with the M-51 stems from the garment’s unique split-tail design, which was originally intended to wrap around soldiers’ legs, sealing in heat.

With the war over, the M-51 eventually made its way into surplus stores and onto the backs of kids shopping at such stores. It quickly became an emblem of rebellion of the British Mod scene of the ’60s. Famously featured prominently in the Who’s Quadrifinia, the M-51, slim pegged trousers, and Vespa scooters became the uniform of the movement.

Today, the fishtail parka is a cold weather staple worn by everyone from outdoor enthusiasts to city commuters. Paying homage to the M-51, we’ve developed our own style for Fall ‘17: the Nathan Fishtail Parka. It features all the technical details beloved about the original, except updated for modern usage. The Nathan is built with a removable Primaloft liner vest, a storm flap collar, two hand-warmer pockets, and a distinct fishtail back. Its water-resistant shell boasts a three-layer construction with a cotton-face outer, nylon backing, and a breathable membrane in between. We’ve also modified it for city life with a streamlined silhouette and two pared-back colorways: khaki and midnight.■

Vladimir Gvozd is a photographer based in New York City. See more of his work here: www.vladimirgvozd.com
Previous Larry Clark
Back to Top
Next Drink Water