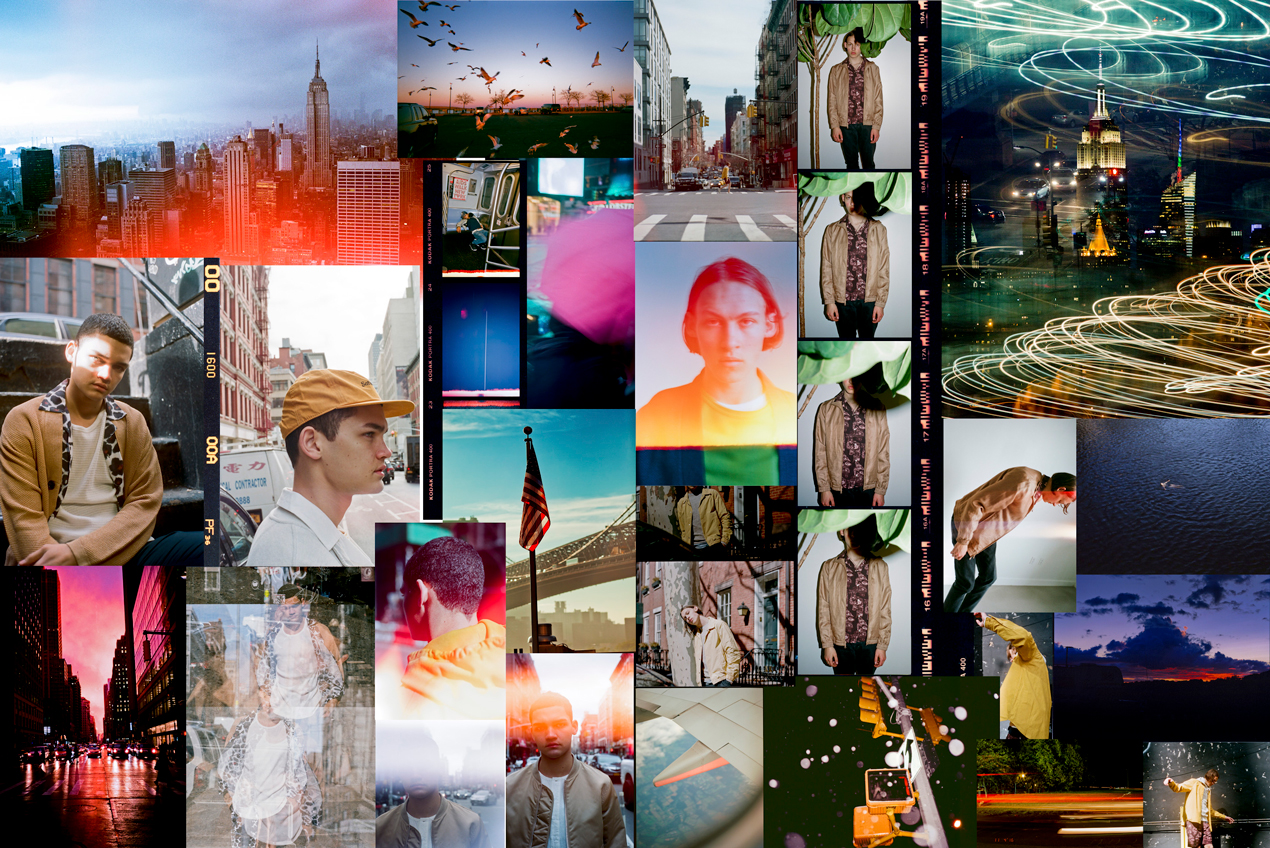 Having recently moved to New York from his native country of Japan, photographer Jiro Konami has found new inspiration in the chaotic streets of NYC. His latest work accompanies our Spring ’18 collection in our collaborative exhibition “NEW CITY.”

Photographer Jiro Konami is no stranger to the bustle of big cities. In fact, he thrives in it. After garnering acclaim for both his fashion photography and personal work in his home city of Tokyo, Japan, Konami made the move overseas to New York City in search of new inspiration—and found it in NYC’s crowded streets and soaring skyscrapers. Known for his quick, off-the-cuff style and the dream-like aura he brings to film photography, Konami’s dynamic depiction of New York City and its inhabitants is one of the most refreshing we’ve seen in a while. We’ve been a fan of his for several years now, and with NYC as his new home, we felt collaborating on our Spring ‘18 editorial was a perfect opportunity to work together.

To help celebrate his most recent works, we partnered with Konami for a collaborative exhibition being held at Ba-Tsu Art Gallery in Tokyo from March 20 to 21. Titled NEW CITY, the exhibition highlights images taken by Konami since moving to New York City, alongside editorial images of our Spring ‘18 collection also shot by Konami around our SoHo and West Village stores. See below for highlights from NEW CITY.■

Jiro Konami is a photographer currently based in New York City. See more of his work here: www.jirokonami.jp
Previous Susea McGearhart Pacific Ocean Park
Back to Top
Next Sakura Season In Japan