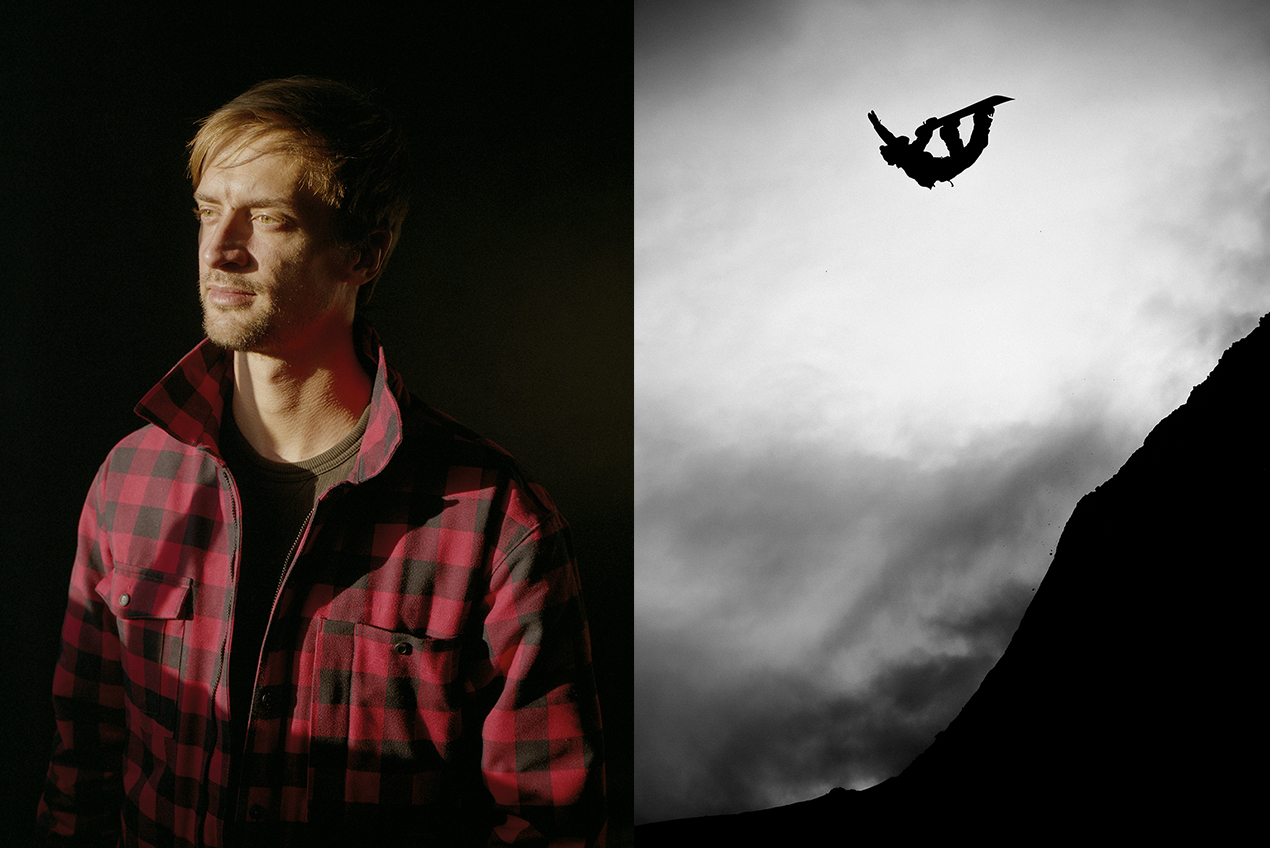 Taken during the last four years of his journeys with snowboarder Nicolas Müller, photographer Silvano Marino Zeiter’s new book “Honey Ryder” offers an intimate glimpse into the life of one of snowboarding’s favorite riders.

colin tunstall: Can you tell me about Honey Ryder and how the project came about?

silvano marino zeiter: Well ever since I started taking photos at 16 or 17, it’s been my dream to publish a book of my own. I just would have never thought it would come true in my mid-20s. But yeah, Honey Ryder is a book about Nicolas Müller, obviously a legend in snowboarding. Kind of every snowboarder’s favorite snowboarder. It just made sense. I had been shooting a lot with him and we were a good team. Nicolas had just started his own movie project too so it kinda made sense to do it.

ct: Were you friends beforehand? How did you meet?

smz: Snowboarding is one big family and everyone knows everyone. I met him a couple times, then we started shooting about five or six years ago and we hit it off. The first three days we got like four or five covers. We seemed to be a good team and we became good friends, too. So that was a plus and a reason it made sense to make a book about Nicolas. I thought about making a book about snowboarding in general, but that wouldn’t have been specific enough. I wanted it to have a specific topic and Nicolas just seemed to make sense.

ct: It looks like the book is shot between digital and film. Can you tell me about your craft and how you choose to use a camera?

smz: When I started shooting I was a total digi-kid, but I had always tried getting into the craft of analog photography. The book is about half-half. Maybe more analog than digital, because it seems more real. I used a lot of point and shoot cameras and 35mm disposable cameras, but there’s obviously also a lot of digi shots that came together throughout the years that I used in the book, too. I also used some medium-format shots. My friend Yves Suter, who edited the book, broke it down from 1500 photos to 300-400 photos and then we worked on it together.

ct: It seems very personal. You even included pictures of him as a young kid, and artifacts and photos of you traveling with him and some family members. So going from a book about snowboarding to something very personal, how did that come to be and what was your thought process on that?

smz: We really wanted to make it personal because in most of those magazines, it’s mostly just the banger actions shots with perfect framing. And that’s also the reason I used a lot of film. The imperfections make it way more tangible. We wanted to create different layers to the book. There’s the layer of the photos, then there’s another layer with the text from song lyrics. Plus there’s—we call it repros. We take photos of old photos, photos of old postcards. There are photos of maps. And that creates a third layer to the whole piece.

ct: Was this all thought out beforehand or did it just all come together at the end?

smz: It came together at the end. When I started the book, I didn’t really think about it, but in the last couple of months, we started collecting photos of his. He gave us his old family albums and so we produced that stuff toward the end of the whole process.

ct: There’s a couple of pictures of TKTK. in here. Is that a close source of inspiration of his for his snowboarding?

smz: I think it’s safe to say TKTK is Nicolas’ biggest inspiration so he definitely needed to be in the book too. I got to meet him, and shoot and shred with him, and he’s a cool guy.

ct: Yeah, when I was growing up he was my idol. I loved that guy and the movie that he put out about himself. I see some similarities with how you go back and show Nicolas’ home, and being a little more intimate and offering a different glimpse.

ct: I noticed you made only 500 copies. Was that a financial decision or an artful decision—or a little bit of both?

smz: A little bit of both.

ct: I’m sure you could have blown this out with some sponsors and turned this into something bigger because of Nicolas’ popularity and the fact that—like you said—he’s everybody’s favorite rider right now.

smz: Yeah, totally. It was really hard to predict how good it was going to run. But now, I can definitely say 1,000 would have been good too. I think we would have sold way more (laughs).

ct: It’s better to sell out than not sell them all I guess.

smz: Exactly, and I think 500 is a good number. You want to sell them all you know? Have everything gone.

ct: Especially in this day and age. Selling out builds the hype and so people are probably going to be excited for the next one.

smz: Yeah, and keeping the number low made it more exclusive too, so that’s a reason we did 500. And also, the financial reason didn’t really come into play because it wouldn’t have been much of a difference. But yeah, everything was produced in Switzerland. The print, the binding, everything. It wasn’t cheap.

ct: I know what you mean (laughs). Anyway, congratulations! You did it in your mid-20s. You got a book published and you did it with a very special person, and we’re excited to have it in the store.

ct: On a final note, do you have anything coming up in the future you want to share with us?

ct: Yes! He’s my favorite. I have a man-crush on that guy. I’m not even that crazy of a tennis fan.

smz: Dude, tell me about it. A book on him would be my ultimate goal.

ct: I could totally see him being into it. Maybe someone will read this and put something together.

smz: (Laughs) That would be so cool.■