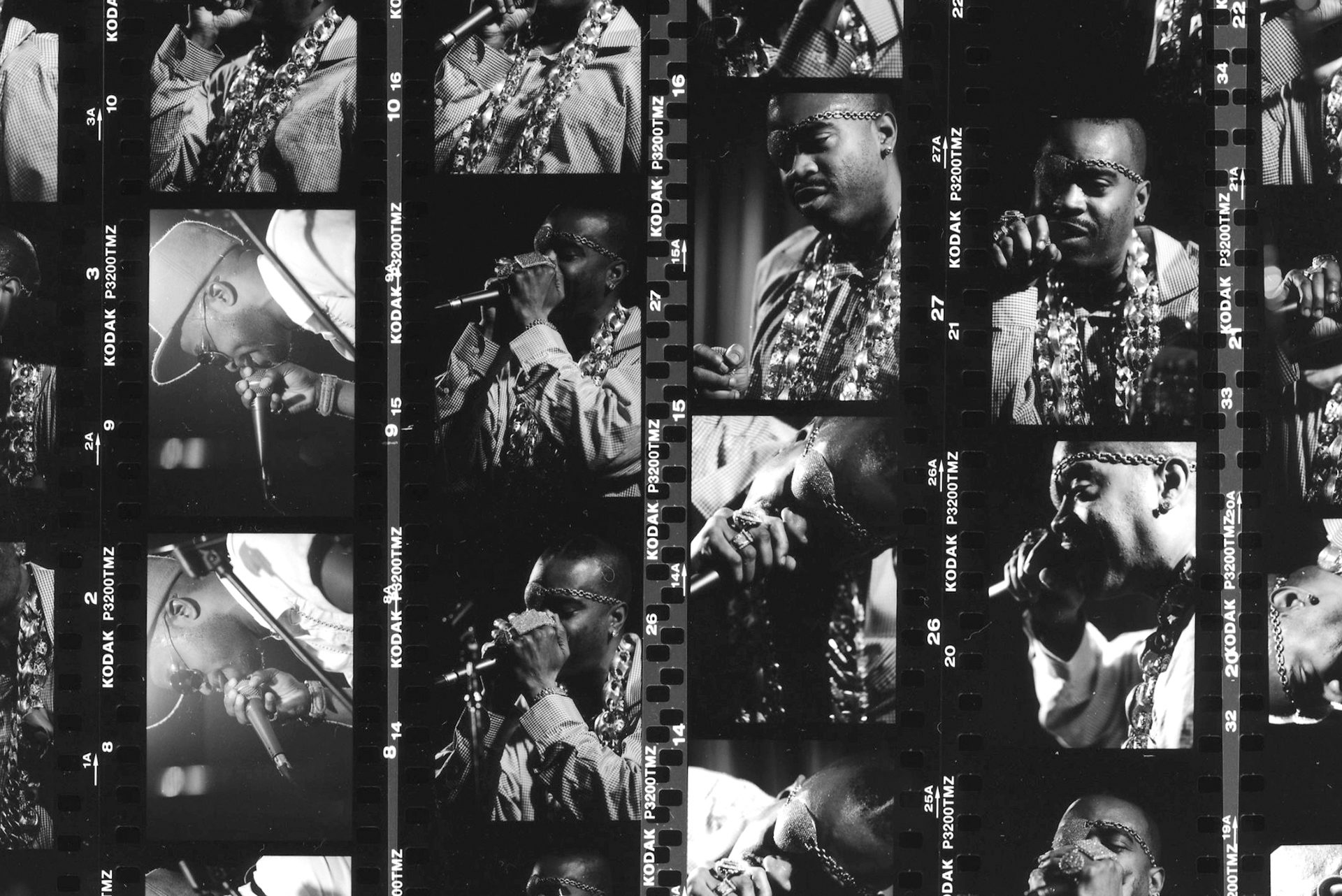 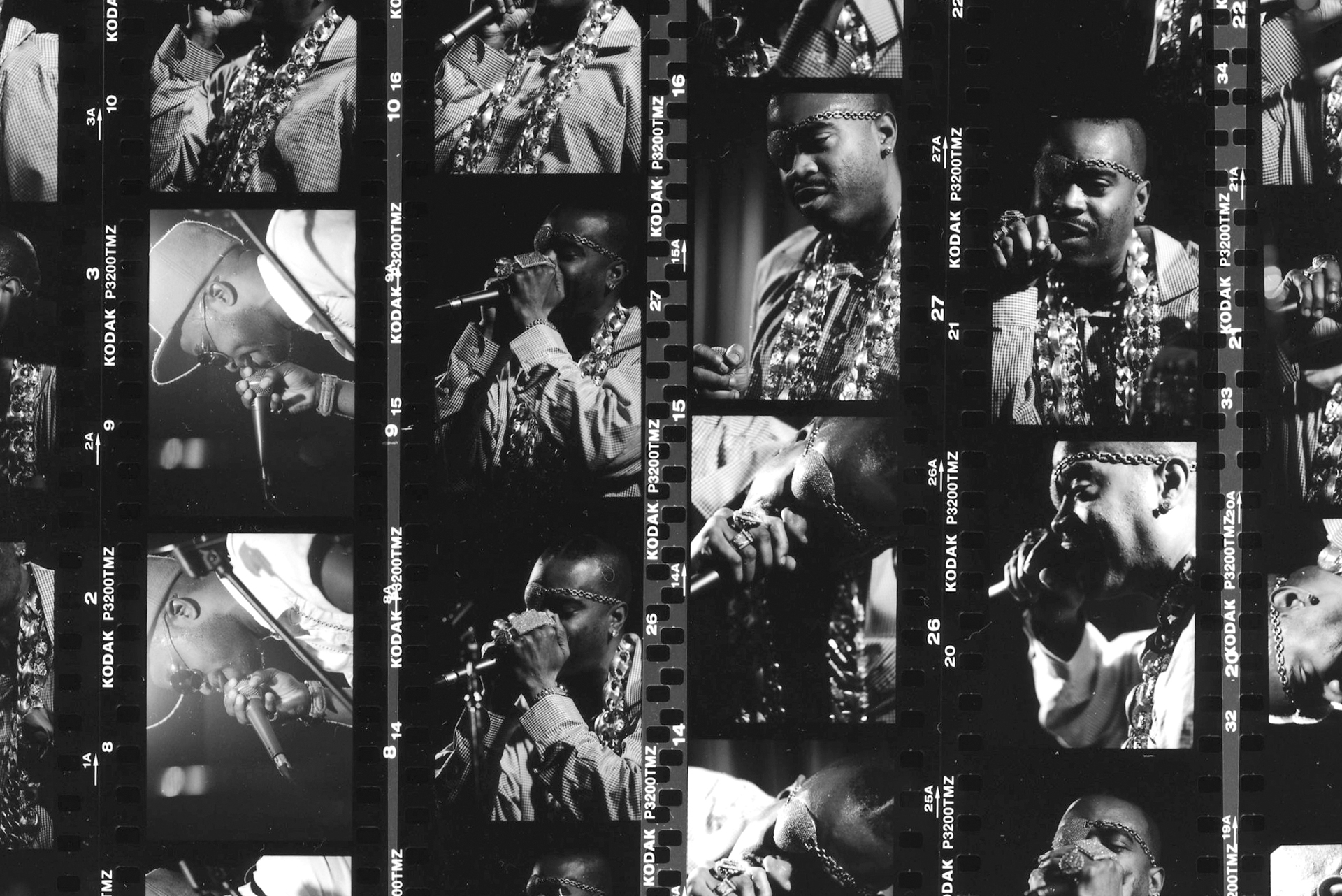 Alessandro Simonetti On The Stage

Italian photographer Alessandro Simonetti started taking concert photographs as a way to get into shows for free. After shooting a wide range of performances over the past two decades, he shares his stash with us.

colin tunstall:  How was your trip to Italy?

alessandro simonetti:  I was there for a little over two months. It was good. At the end of the day, in Europe, you can have a better quality of life than in New York. It’s more accessible, starting from food to the small things, like taking a car and going to the hills or going to the beach. Visual space is more accessible. One thing about New York that I’m feeling constricted by—after six or seven years of living here—is visual space. I feel like every time I go out from my apartment and hang out downtown, I always have the same kind of vision. But Italy is also really slow and I couldn’t wait to come back.

as:  Yeah. I’ve been working too, not just chilling. I always like to combine shooting, work, and vacation.

ct:  So what were some of the projects? You went to go visit Renzo Rossi. Could you tell me about that?

as:  It’s crazy. The office is in a place—Laverda—where these old motorcycle factories used to be. It’s a super nice, old school motorcycle that they don’t produce anymore, and really popular in Japan. Close to your shop there’s always an orange Laverda motorcycle with a kind of a ‘60s look. The logo has an Italian flag.

as:  Yeah. They stopped the production, so the ones that you can find are really expensive. The factory was built by this crazy architect and it’s all bio-friendly. The shoot and the interview worked really well because I’ve known them a while. I had my girlfriend, Jules, interview them. It was interesting to see two visionaries interviewing each other. The conversation was really inspiring.

ct: And this was outside of Venice?

as:  This was in a place called Breganze, not too far from my hometown. That was one of the things that I shot there. Before I left, I started this project that I’ve had in mind for a while about speedway motorcycles. I always saw them as the lower level of the motorcycle world—not as popular as the Motocross or the Motor GP or the Super Bike. They’re basically these one-gear, custom bikes with no breaks; you’re just accelerating the whole time. It’s fucking hardcore.

as: I went to this other small town in the middle of nowhere where they do international championships. It was popular in Italy like 20 years ago and now it’s going down, down, down, and down. And that’s what intrigues me as well, because I always like to shoot niche kinds of stuff, and in a way this place is also hidden. It’s a really small niche of people competing. The sponsors of these Italian riders were not like the big-name sponsors of other sports. They were like the meat factory of wherever, or the fruit and vegetable shop of the town, or the local bank. So I shot that, which is going to be the first of a series of shoots that I would like to have about speedways. I went to shoot the Palio of Siena, which is sort of a horse-riding competition, but in fact it’s not, because if you speak to people in Siena, it’s part of their normal life. There are people that spend a year getting ready for this competition. It happens twice in the summer, in July and in August, and the city basically shuts down. There were like ten teams competing, and the jockeys were beating each other in the face with little whips. It’s fucking wild.

I grew up looking at America, so coming to New York City was like a trip to Mecca for me.

ct: Do people get all bloody?

as: Yeah—but most of time, since they’re riding without a saddle, both jockeys are falling off.

as: It’s crazy. So I shot this five-day documentary on film in all black-and-white.

ct:  So you see a lot of interesting stuff while you’re over in Italy. Do you go the same months every year?

as: It depends. Usually when I buy tickets, I have to do a round trip because of my visa and I usually go during the summer if I’m not doing any assignments.

ct:  I wanted to talk about the music portfolio, specifically since it’s being featured in the magazine. Could you tell us how that came to be? A lot of it was shot in Italy?

as: I’ve been shooting music since I began shooting photographs. I grew up in a small town in northeast Italy, close to Venice. Luckily, in this 50,000-person town, there was a squat—like a really extreme-left, political squat—that was occupied illegally. It was in a beautiful place next to a meat factory beside the main river in my town. The structure was built in 1900, I think. The hip-hop scene—the hardcore punk scene and the reggae scene—were all happening around these squats, especially in the late ‘80s, early ‘90s. In Italy, this kind of music was totally a niche. You couldn’t go to a stadium to see a hip-hop or punk concert. You had to go to these squats. At the age of fifteen or sixteen, I started to hang out at these places, and at these punk or street-edge concerts going on there. I hung out at all these concerts in Europe. That’s when I started to shoot my own things, at the age of sixteen. Every concert I was going to see, I was going to shoot it as well. It was also an excuse to get press passes for the bigger concerts. When more prominent artists—not just the small punk bands and Italian hip-hop singers—started coming to Italy, I was the only one getting into all the shows for free. Most of the time I was literally like, “I’m shooting for this magazine,” and they would let me in. It was a time when photography wasn’t that common. Digital photography wasn’t there yet, so when you were going to see a show, there were like two or three photographers and that was it. Now when you go to see a show, there are like 50 photographers.

as:  I’m not shooting music that much anymore. Right now, the medium is so much more accessible. There aren’t that many chances to have different images from the photographer behind you who has the same camera and the same lens you have. If I had to go and shoot some music stuff, I would shoot back stage and try to capture the candid stuff, the less common points of view.

ct:  Everything you do seems to be more project-based. Is that how you work?

as:  Most of the time. It starts from an idea on a subject that attracts me. I’m working on a punk thing right now: a reunion that I shot in 2008. I just recently got the film scanned and decided to do an artist publication. Projects are a good way to organize your work. Most of the time, I’ll start to shoot one thing, and then a year or two passes and I’ll take it up again. Most of the pictures in the magazine are ones that I’ve never published, like the picture of James Brown. I never did an article about James Brown. It’s the same thing with most of the bands that I’m showing in the magazine right now.

ct: What led you to come to New York? Was it your interest in photography?

as: It was a cultural excuse, to reconnect with everything I had seen so far in Europe, but shaped in a different way. Punk music in Italy was different from the punk music in California. Even the Italian hip-hop was politicized in an extreme way. That’s why it never hit the market. Recently, I came back to Italy and some of the Italian rappers that I used to listen to had become pop; they’re making money and doing shows and performing in little stadiums. But when I was there, you really had to make an effort. You had to go to places like the squats. I shot most of the international hip-hop stuff in Vicenza, which is a bigger town close to my hometown. There is this huge US military base there with a McDonald’s, a Foot Locker, and all the corporate products that you use to not be able to find in Italy. They had a little US micro-world there. These guys built a discotheque called Palatio. It was basically a club for US military personnel. I saw Sugarhill Gang, Guru, DJ Shadow, MOP, PMD—all these bands that otherwise would have been impossible for me to see. I grew up looking at America, so coming to New York City was like a trip to Mecca for me. When I came here for the first time in 2005, my goal was to reconnect with that world, so I started chasing old graffiti artists and going to hip-hop concerts, stuff like that.

ct: How has living in New York changed your perspective when you go back to Italy?

as: One interesting thing is that I’ve started to develop an attachment to nature since I moved to New York. I’d lived close to the mountains and two hours from the sea, but never really looked forward to spending time in the mountains or the forest. When I go back, I see my town with a different perspective and enjoy exploring places in the middle of nowhere. I’ve started shooting plants, which I never did before. Culture-wise, coming to New York was like closing a seal for me. It started in the early ‘90s, when you really had to search for certain kinds of things.
Culture wasn’t accessible like it is now. You had to figure out everything you were doing for yourself, in a way. Whatever influences you brought in from the outside were translated through your point of view, and sometimes it was a naïve manifestation. So when I started to paint graffiti, it was an interpretation of what I assumed New York was.

ct: Are you still shooting in film?

as: Yeah. If I had started shooting more recently, I probably wouldn’t enjoy the process of shooting film so much.

ct: I think images speak for themselves. How would you define your sensibility, your perspective in photography?

as: I always had the feeling that I wanted to leave a mark with my photography, to build stories that probably become more valuable with time. Even the music that I shot, when I was shooting James Brown, Guru, or the Beastie Boys—at that moment, I was just shooting a band. But now all of these people are starting to disappear, one by one…like James Brown. When he passed in 2006, I was like, “Shit, I have a picture on film of James Brown.” I felt like I had a little treasure. ■