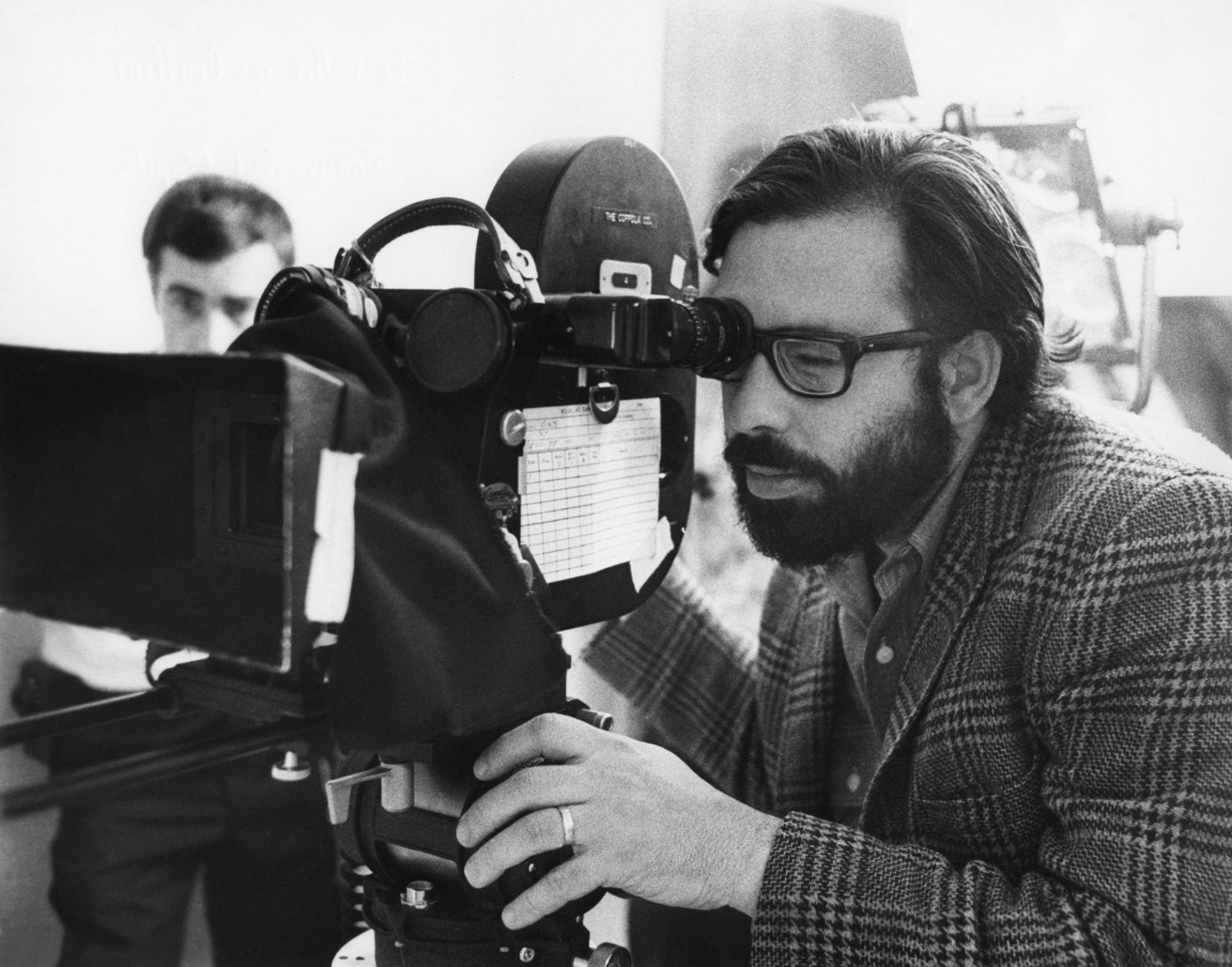 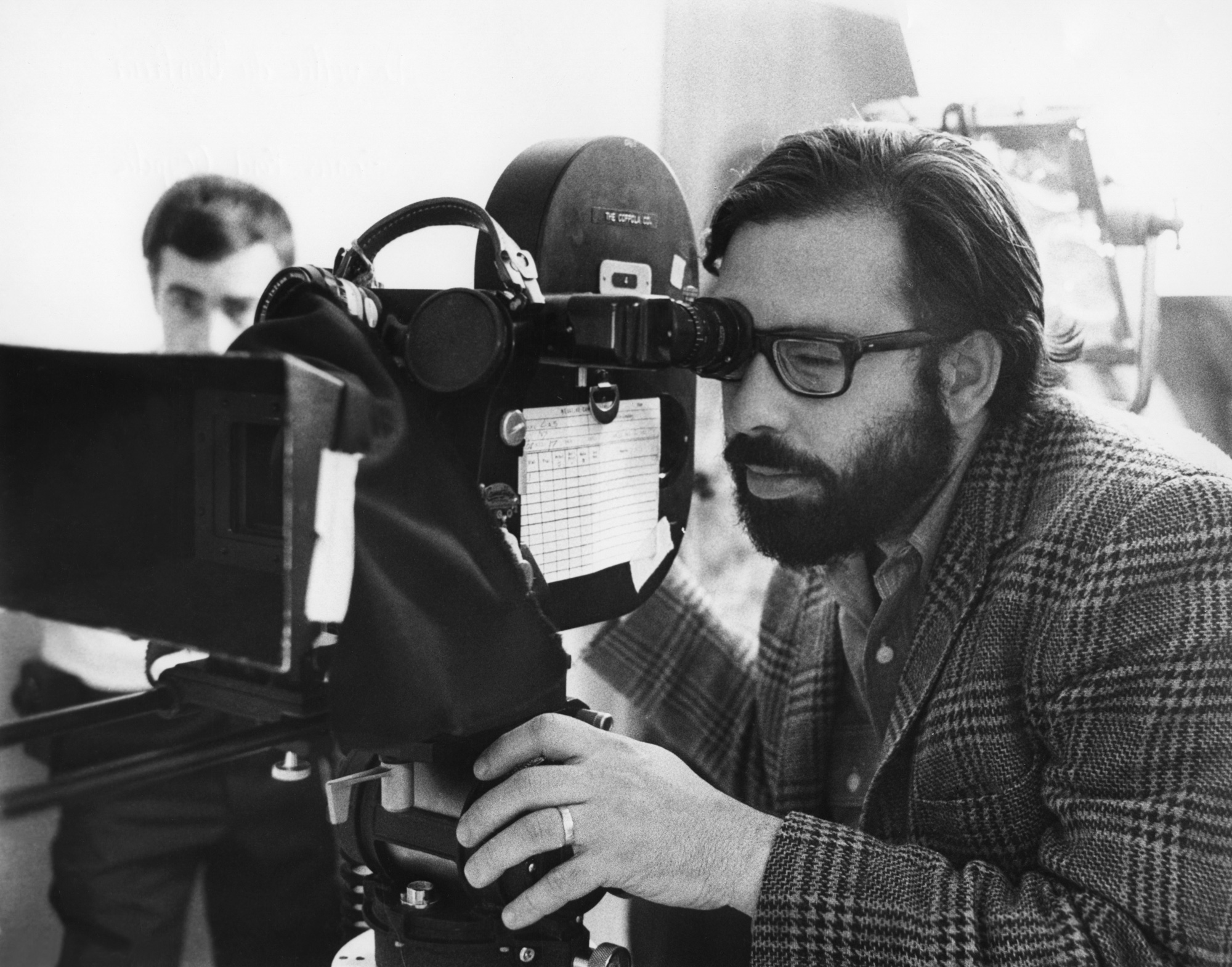 Francis Ford Coppola Revolutionized an era of American cinema with his opulent style of filmmaking. Today, Coppola has become larger-than-life, settling in this latest role: the face of a cinematic dynasty.

Francis Ford Coppola is a filmmaker who needs no introduction.

A quintessential innovator in American storytelling, Coppola shifted paradigms with his two ‘70s epics, each of which proposed a distinct thesis on the state of the human condition.

Widely regarded as one of the greatest works in cinematic history, The Godfather is an intricately woven Shakespearean narrative that transcends the genre of crime film. Riveting and infinitely quote-able, The Godfather (and it’s subsequent sequels) taps into themes that extend far beyond the particularities of the Sicilian-American mafia subculture, addressing monstrously large questions about the very nature of family and power.

Trading fedoras for combat helmets, Coppola again shook audiences with Apocalypse Now, a psychedelic journey through violence and insanity that takes place at the close of the Vietnam War. A winding descent into the jungle set to the music of Jim Morrison, the film treads across the outer limits of the social consciousness, exploring the darkness of man in a state of nature.

In the decades that followed his cinematic breakthroughs, many members of Coppola’s family—such as Sofia Coppola, Nicolas Cage, and Jason Schwartzman—have become influential figures in Hollywood in their own right. Known for encouraging all children to write and perform one-act plays at his family gatherings, Coppola has played a major role in developing a new generation of storytellers. With additional achievements as a wine-maker, hotelier, and restaurateur, Coppola’s legacy has grown to become larger-than-life. He has created what can only be described as an American dynasty.

timothée verrecchia: You played a critical part in the rise of new American cinema. Do you have any favorite memories from that time?

francis ford coppola: I can remember when I finally persuaded the executives of Warner Seven Arts to allow me to direct my thesis film, You’re A Big Boy Now as a full-length feature. It was very unusual in those days for someone in their early 20s to actually make a feature, and all I could think was “I did it.” On my way to New York to begin casting, I remember going to the airport in a state of joy.

tv: Looking back, are there any struggles that defined you as an artist?

fc: I suppose just surviving the experience of making The Godfather and Apocalypse Now. In both situations, the odds seemed against it.

tv: How has your creative process evolved since you first started?

fc: I have a better understanding that one is always working on the creative project at hand, even when asleep or thinking about someone else. It’s as though you’ve put the project in the oven and it’s cooking. I try to remember this to overcome the natural instinct to think it’s terrible and trust that the creative instinct is always taking it further, whether you’re consciously working on it or not.

I trust that the creative instinct is always taking it further whether you’re consciously working on it or not.

tv: How does it feel to see to your children and grandchildren going into film?

fc: I was a drama camp counselor when I was seventeen and I always loved doing plays with children. When I had my own, it was natural that I played with them in that way. In the summers, we did one-act plays together and all of them grew up wanting to pursue creative careers. I am very proud of them.

tv: You’ve also had the chance to work alongside them in several of your productions. What’s it like to work with your family?

fc: When you’re off on a distant location, you tend to reach out to your family for help. When I was going The Godfather, we needed an infant for the baptism scene. Sofia had just been born, so we put her in the scene. It’s like a circus family. The kids naturally become part of the act.

tv: What advice do you give them?

fc: I tend to stress just having good character in general—to be sympathetic to others, never lie, always be sure to put the date on every piece of paper they write on, and make work personal.

fc: Unfortunately, San Francisco is a very provincial city. Despite the fact that it’s beautiful, it’s just like Wichita. It’s also hard for a city to be great with a terrible daily newspaper. If you try to really do something here, the attitude is “Oh, we visit New York, and we’re not impressed.” Witness George Lucas having to take his graphic art collection and museum to Chicago, because of the naysayers in our town.

We’re living in a time where many important areas are being reinvented. and redefined: marriage, journalism, cinema, and so forth. I would guess that the next three or four years, the world will be more different than ever before.

tv: You also spend quite a lot of time in Central and South America. What draws you to that part of the world?

fc: When I worked in the Philippines, I grew to love the jungle and wanted to find something like that closer to home. Central America is a beautiful part of the world that has suffered because of its proximity to the United States. Guatemala is a wonderful place with great indigenous people, but the place is still oppressed by the military that we installed there with the invasion of 1956. It is heartbreaking, but my hopes are always with those people, and I love to visit.

tv: In addition to being a filmmaker, you also work in hospitality and viniculture, take part in a range of commercial ventures, and founded a renowned literary publication. How do these different areas inform each other?

fc: I see all of these things as part of a larger art project.

tv: What’s exciting to you today?

fc: We’re living in a time where many important areas are being reinvented and redefined: marriage, journalism, cinema, and so forth. I would guess that in the next three or four years, the world will be more different than ever before. It’s very exciting to watch and, when possible, participate.■

Previous Danny Kwock
Back to Top
Next Surfrider NYC & Will Skudin