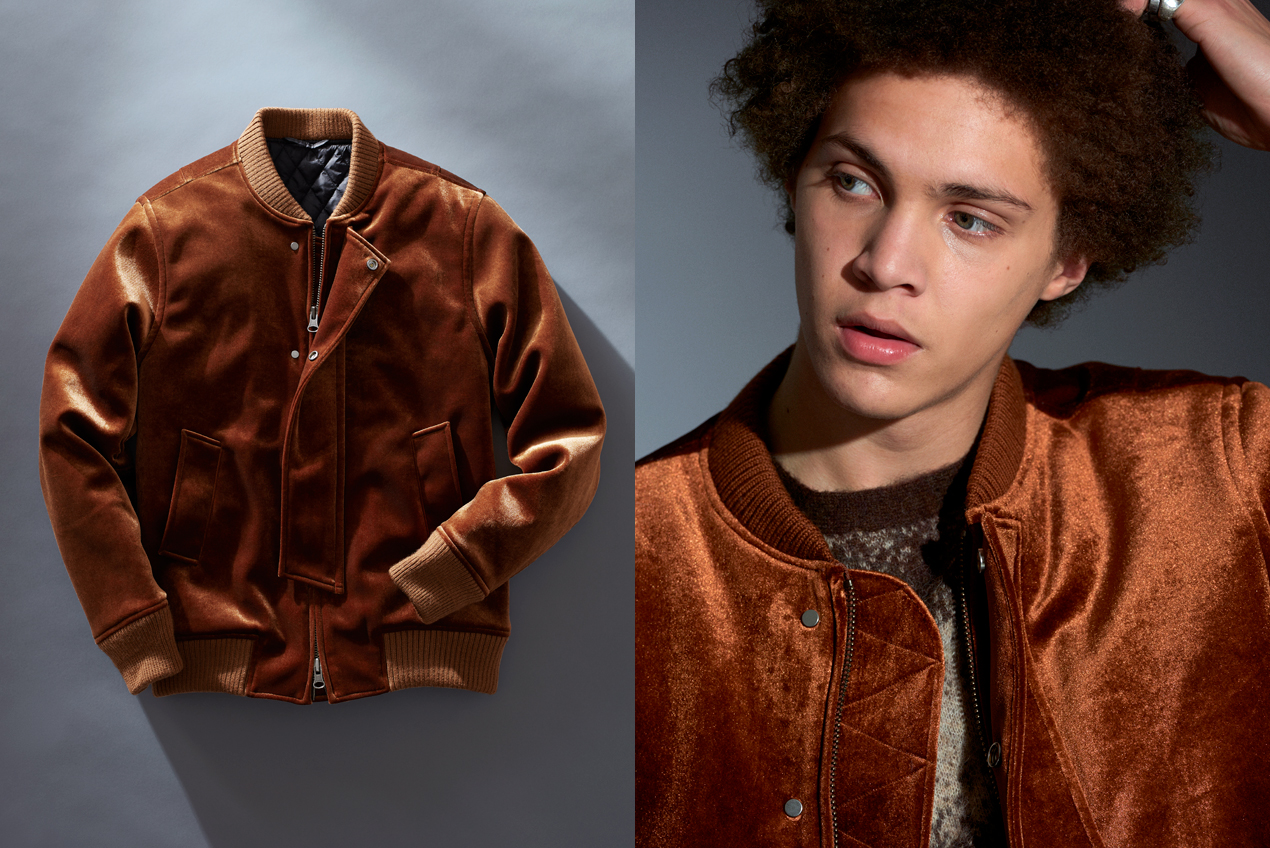 Now synonymous with winter style, the flight bomber jacket has a rich history rooted in necessity. Our Fall ’18 Calvin Flight Jacket updates the classic style in a rich velvet fabric.

Born out of necessity, the flight bomber jacket was designed to keep World War I pilots warm during their ascent into frigid atmospheric temperatures. Early iterations were constructed from thick sheepskin and leather, but as advances in jet engines allowed planes to reach higher and higher altitudes, the need for a more versatile nylon jacket became apparent.

The MA-1 flight jacket—perhaps the most recognizable design—was introduced later during the 1950s. With its roomy sleeves, bright orange lining, and reversibility, it became an instant hit. Makers like Alpha Industries and Rothco noticed their appeal and began producing them for the masses. It wasn’t long before everyone from Hollywood’s A-list stars to British Skinheads and early hip-hop artists began adopting them.

Today, the flight jacket is synonymous with winter style, and we’ve introduced our own take for Fall ‘18: the Calvin Velvet Flight Jacket. It swaps the traditional technical nylon shell for a plush velvet fabric and tones down the orange liner with a quilted, poly-filled liner. While it may not stay true to the iconic MA-1 design beloved by so many, we think it’s a worthy upgrade.■

Previous Fall ’18 With 303 Surf
Back to Top
Next Jiro Konami Tokyo, New York